The story begins like many others…  They lived in a very heavily wooded area and struggled with keeping their gutters clean and they were just sick and tired of the nasty chore of cleaning out gutters. They called us after reading our reviews on Angie’s List or a friend or neighbor recommended Gutter Covers of Indiana. They requested that we come to their home and do an inspection and provide them a quote. We discussed the problems they were experiencing and how we could help them. We showed them several different gutter cover solution along with a quote.

This particular customer was not certain the investment was worth what we quoted and decided NOT to have a gutter covers installed. Several years went by and he contacted us and asked us to revisit his quote. After several conversations over the phone, he requested that we stop by in person. We agreed to meet again with him (and have on several occasions met with homeowners multiple times to help them through the process.) We want to make sure everyone is comfortable with what we are going to do and how that is going to solve the problems they are having and reassure them it is a good investment for their home.

When I arrived, I noticed the homeowner had rented a trenching machine and had been trenching in the front of one of the sections of gutter we had been discussing installing our gutter covers. We sat and reviewed his proposal and this time he seemed much more comfortable with the investment.

Not too long into our conversation, I heard a large truck coming up the driveway behind me and the homeowner’s attention was quickly shifted toward the truck and the man getting out of the truck. The man appeared to be a utility working because he was wearing a hard hat and tool belt, but at that point it was still not clear to me why he was there. After a few minutes of walking around the yard and the utility man walked over to the table where we were sitting. He asked the homeowner if he was aware he was suppose to contact them prior to doing digging? The homeowner replied he thought the power lines were much further under ground. After several minutes of discussions of safety and proper procedure, the utility man (who I am now aware is from the power company) asked the homeowner, “Do you realize if you had cut just a little bit further into the underground power line with the trencher we would not being having this conversation?”

This client had decided not to get gutter covers, and after a few years, his gutters became clogged and his drain tiles filled with debris. His clogged drains blocked the flow of water and his basement flooded. He opted to try to dig up the drain tile himself, resulting in hitting a power line. The results of this could have been disastrous.

After this, he was very quick to agree to have us install the gutter covers. Not all homeowner decisions to invest in gutter covers are made this clear, or do they have such a close call with death, but many have had water in their basement, other expensive home repairs due to overflowing gutters and could have prevented had they contacted us earlier. 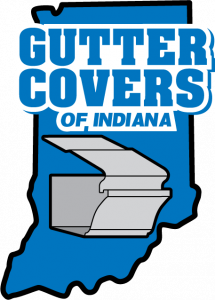